As it is known that RNA is a polymeric molecule which plays vital biological roles. It is highly useful for regulation, coding, decoding and expression of genes. There are different RNA molecules that can be found in a cell. In a short, it can be said that total RNA is a set of RNA in a cell that encompasses transfer RNA (tRNA), ribosomal RNA (rRNA), mRNA and other species of RNA. In total RNA, there’s about 80% rRNA. Now, let’s have look on what are the main functions of this RNA:

One of the major functions of this RNA includes protein synthesis. Cells access the information which is stored in DNA and this is done by creating RNA to direct the synthesis of proteins. All the protein synthesis is done through the translation process. In a nutshell, it can be said that RNA molecule directs the proteins assembly on ribosomes.

Here is the other important function of the RNA. Its main function is to carry the amino acid sequence information from the genes and to supply them where proteins are on ribosomes in the cytoplasm. This entire process is done through messenger RNA (mRNA). This mRNA is translated into protein at ribosome which is considered as a cellular structure.

One of the main functions of RNA is to help in forming the structure of a ribosome. This structured RNA is called rRNA or ribosomal RNA.

One of the important functions of Total RNA includes providing a DNA copy sequence and moving out of the nucleus. After this process, RNA serves in many different ways.

Apart from this, there are some RNAs that consist of enzymic activity (ribozymes). Due to this, RNA acts as an enzyme. Beside this, Ribonucleic acid (RNA) also helps in bringing an acylated amino acid which further corresponds to the information on the ribosome in the mRNA.

Now, let’s have a look at the process of extraction of Total RNA.

Extraction process means complete purification of RNA from any biological sample. For isolating the RNA from the given samples, different methods are used in molecular biology. One of the commonly used extraction processes is guanidinium thiocyanate-phenol-chloroform. The second widely used extraction process of RNA includes filter paper-based lysis and elution method. This method of extraction is featured with high throughput capacity. RNA extraction can be done from a number of samples such as tissue, serum, plants and small animal. All these can be done using TRI reagent and after that re-purification.

Total RNA involves a long list of functions which includes genetic information transfer, protein synthesis, carrying information of amino acid sequence, structuring ribosome and many more.  Along with this, different ways are there for complete purification of RNA from any sample which is known as extraction. 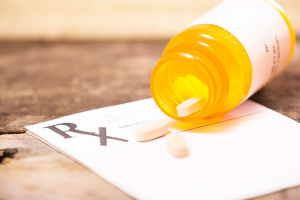 What Makes the Best Water Dispenser?

ARE YOU READY FОR A HAIR TRАNЅРLАNT?